Application:
The capacitive pick-up probe is used for observation of the particle beam micro-structure of RF-accelerators. The probe should be followed by a broadband signal processing system. The pick-up signals may be used to observe the shape of bunches, as well as to measure the position of bunches in time, with reference to a RF-signal. Based on capacitive pick-ups, the following measurements may be performed:

Principle:
By passing the inner electrode, the particle bunch induces a current on the electrode, which is proportional to the time derivation of intensity distribution within the bunch. 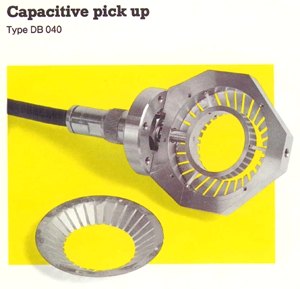